​          Watch us as we become accessible
​
Progess made on July 8th in preparing the space for construction.

Removal of bushes and protection of the trees has been accomplished amid hot humid rainy weather this week.
Miracles still do happen,  over the first weekend that we protected the tree base with plywood someone decided they needed it more and took it. Over the next weekend it was returned, Hallelujah and thank you to whomever was responsible.
​ 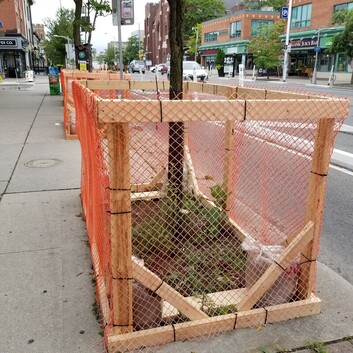 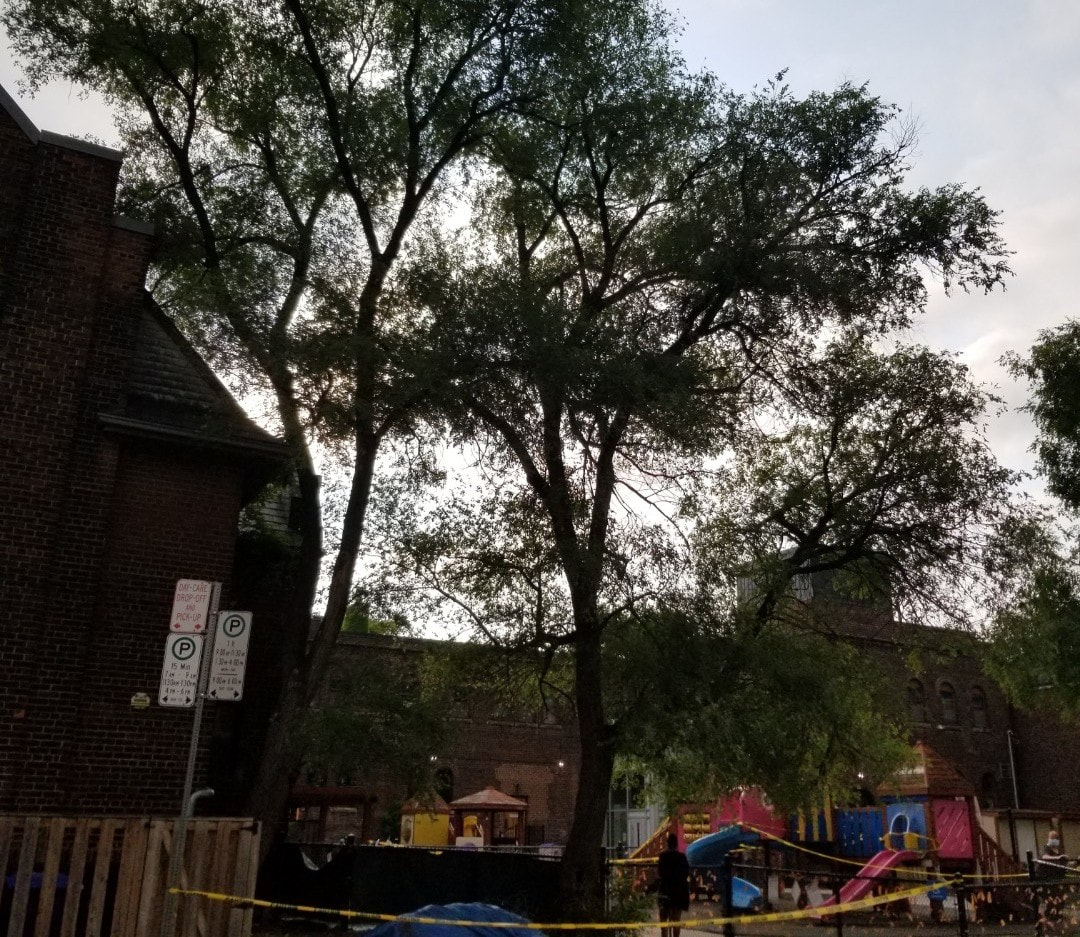 Trees at entrance to Day Care prior to July 28th 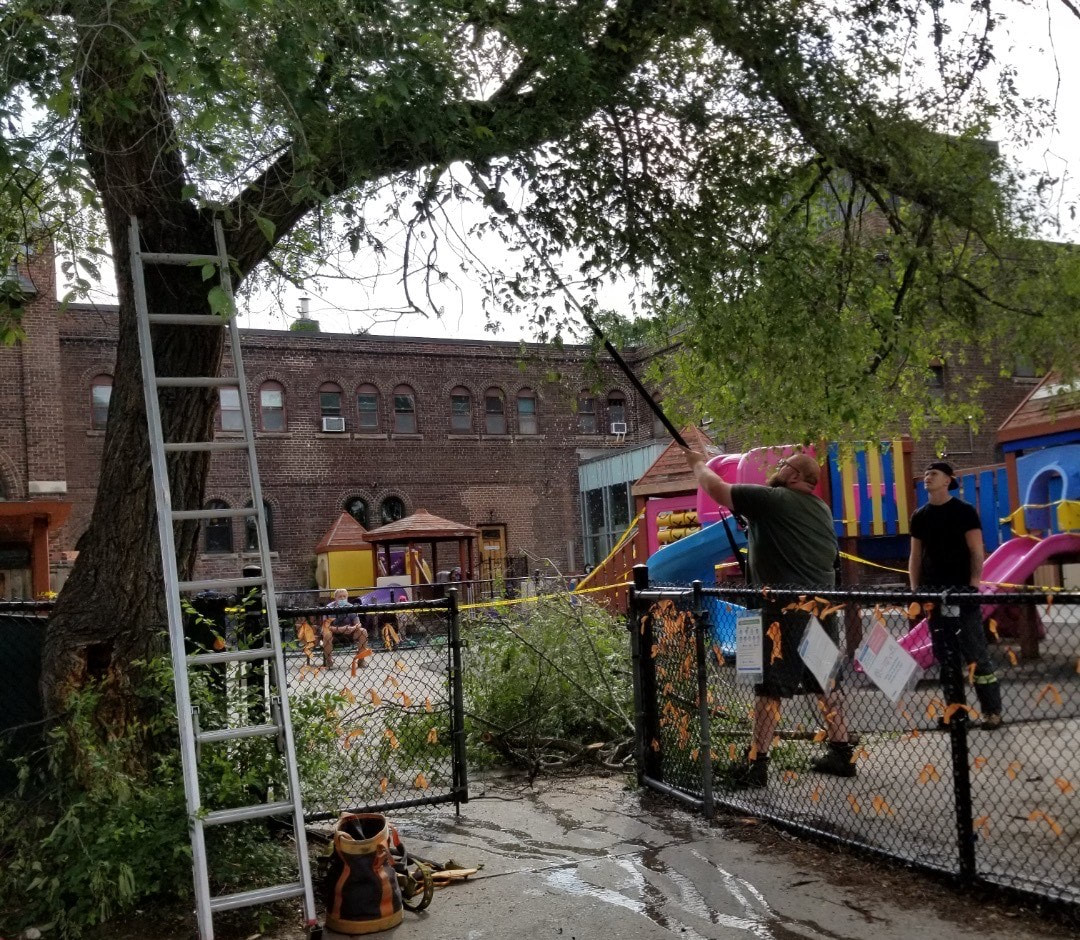 Trimming before felling the trees 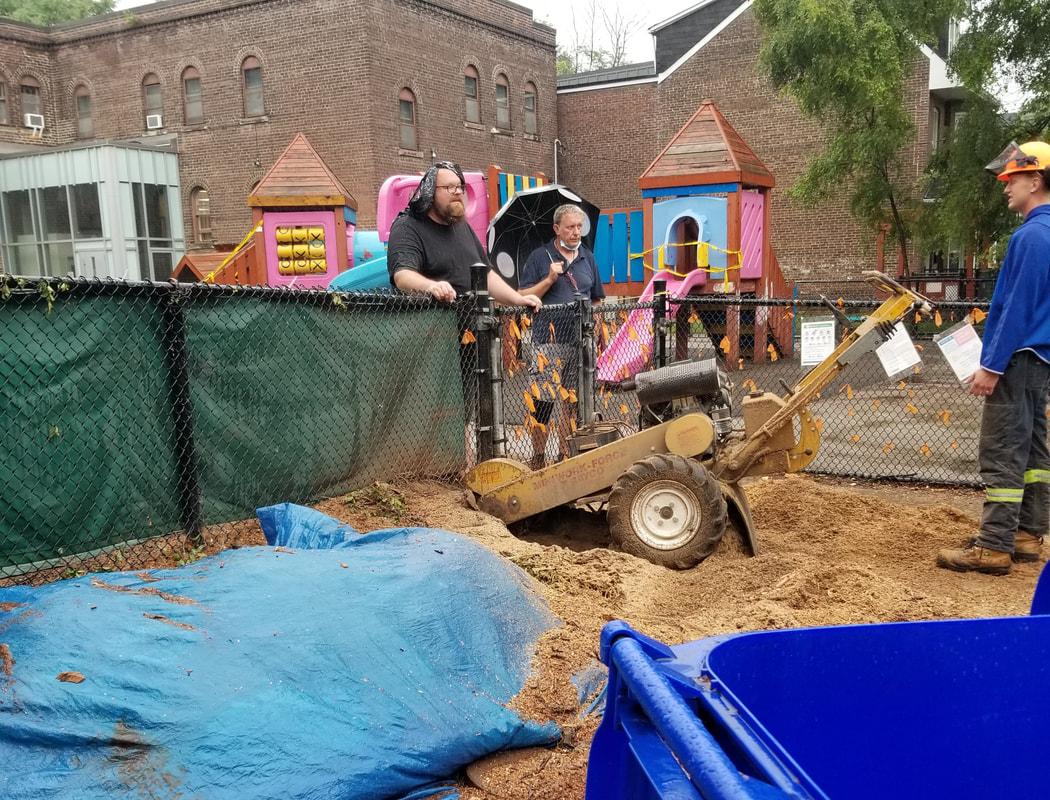 Workers hard at it even in the rain 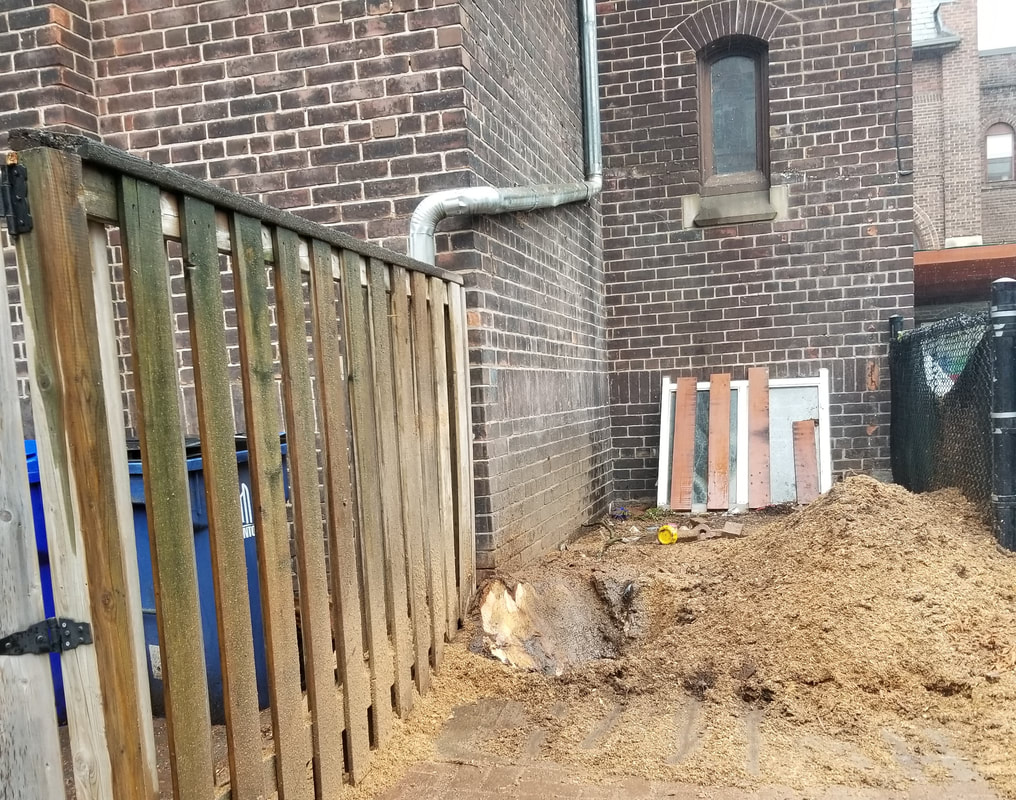 All ready to begin the building of the Accessible Ramp

There will be 4 trees planted to replace the two removed from our site at another site in the city. We will be placing memorial plaques at each tree. Watch this space to find out where they are. 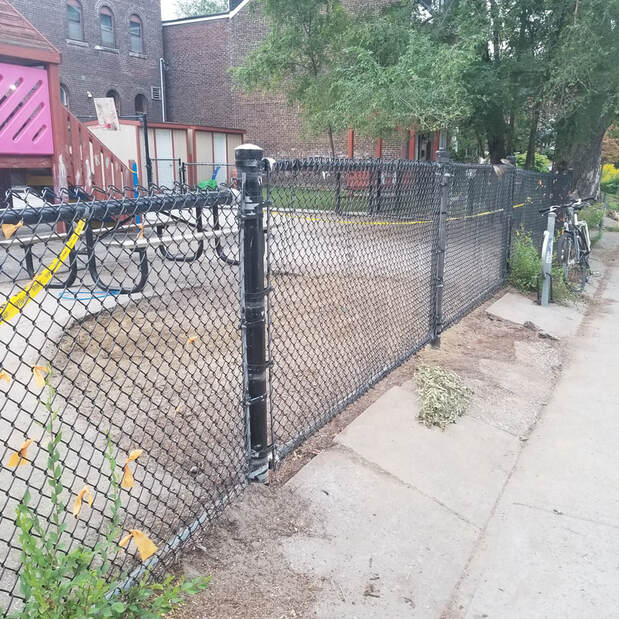 ​The bump in has been straightened out and the fence moved. More room in the playground.
Aug 19th - While it doesn't look like a lot is happening right now our contractor is working on fixing our foundation.   The roots from one of the trees we had to remove had not only eaten into the foundation, but had made their way into the inside of the basement. This all has to be fixed before the next stage of the ramp can be started. The joys of doing renovations. 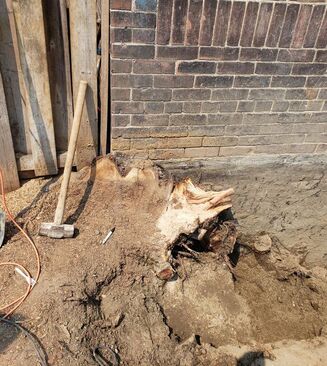 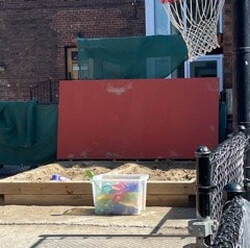 Wed Sept 8th
Last of the items that needed to be done in order to get ready for the building of the ramp.
Sandbox has been relocated and is a lovely new one with a lid to keep the animals from using it at night.
The new and relocated garbage area, with doors big enough to remove the bins for recycling, organics and garbage easily.
Sept 17th
Getting ready to begin the work of removing the windows and cutting a hole for the new door. 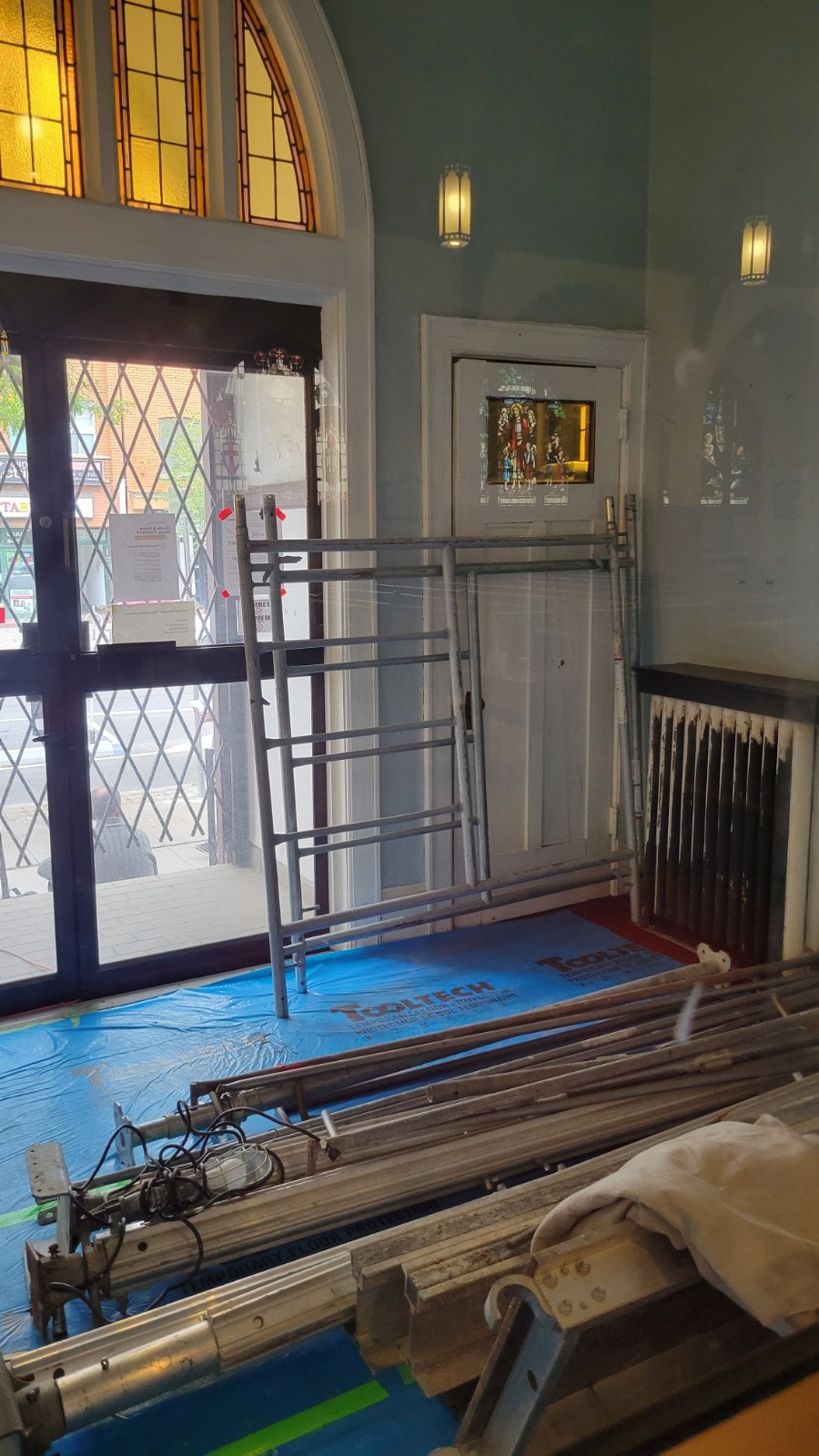 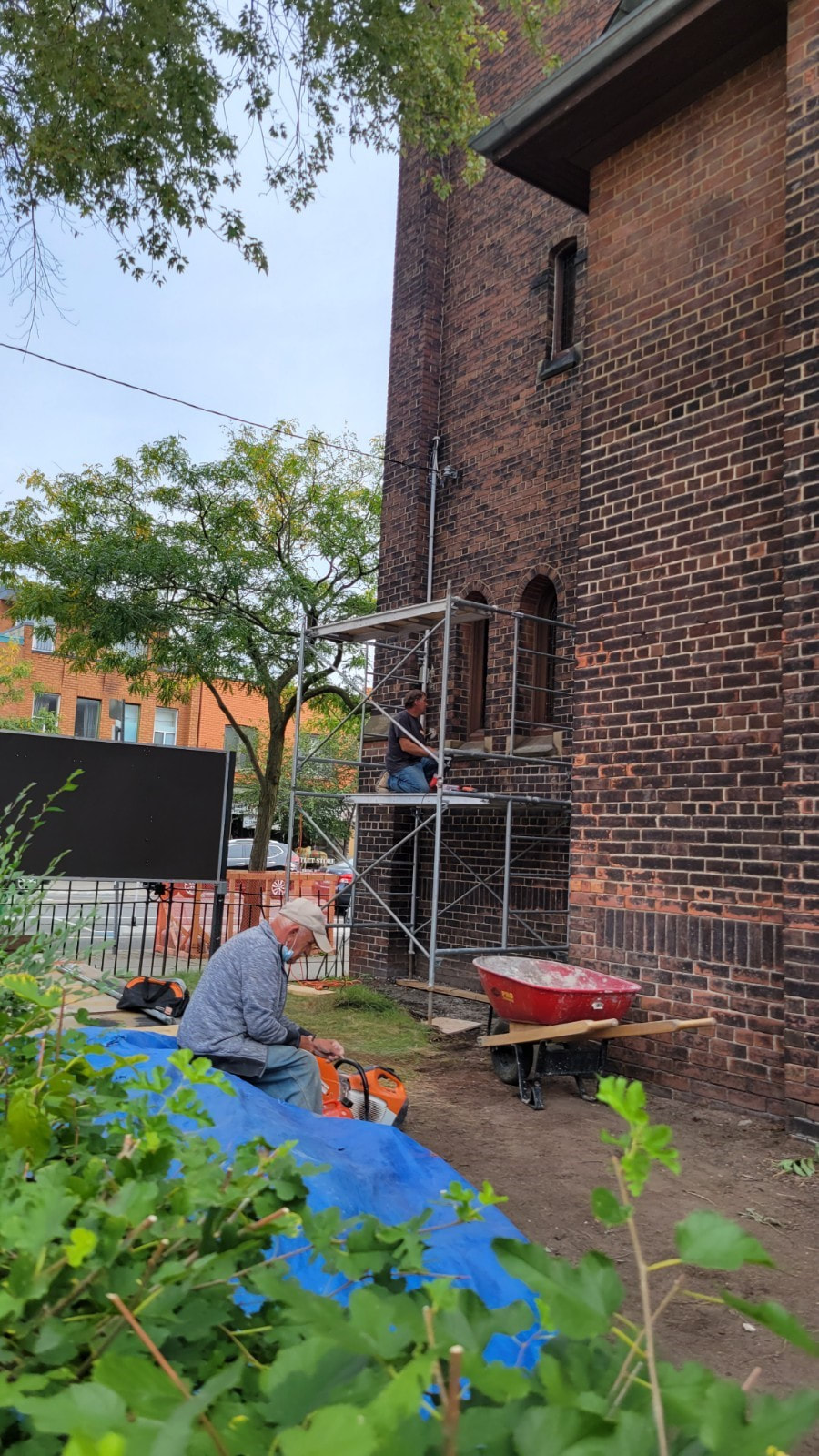 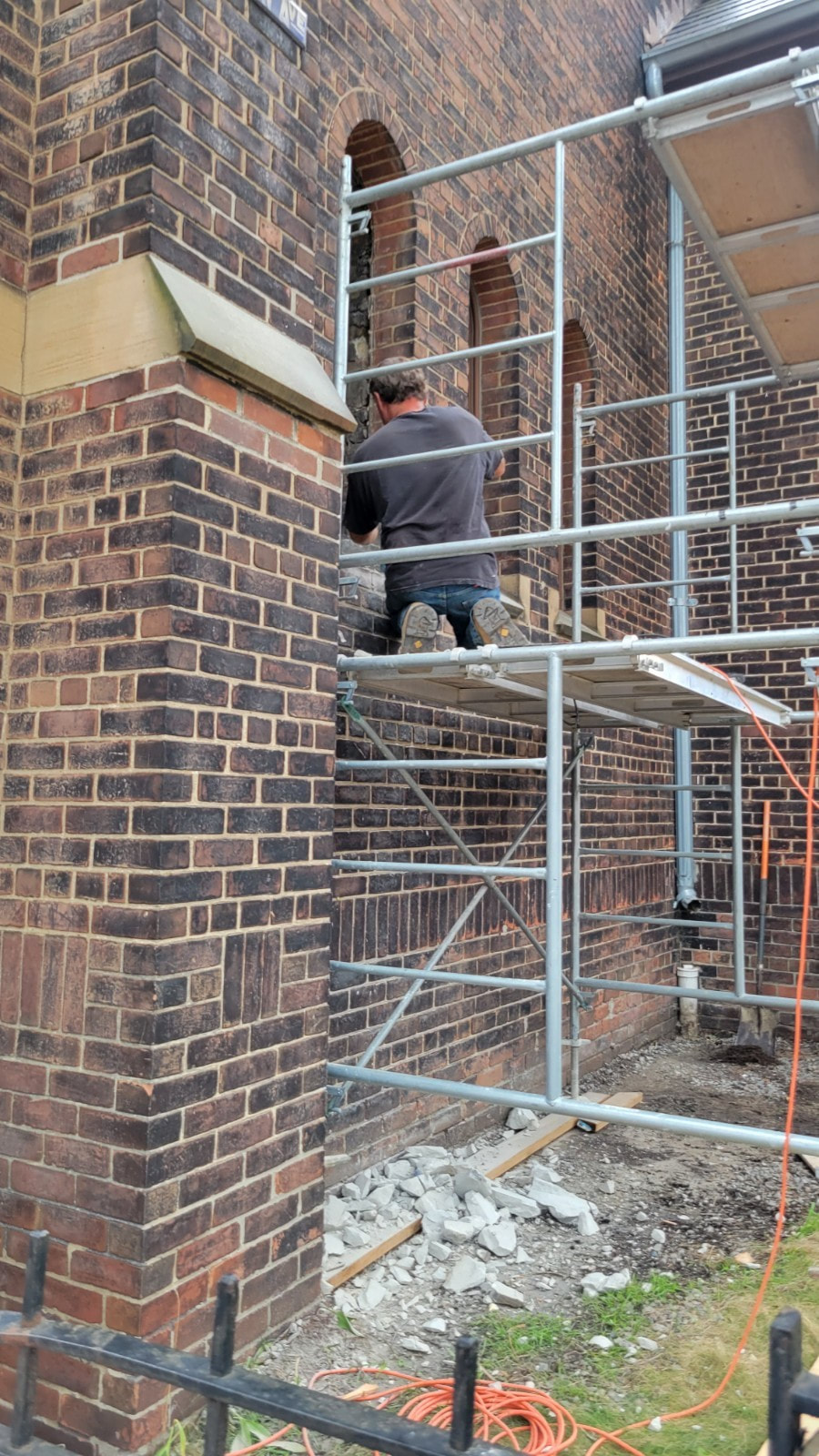 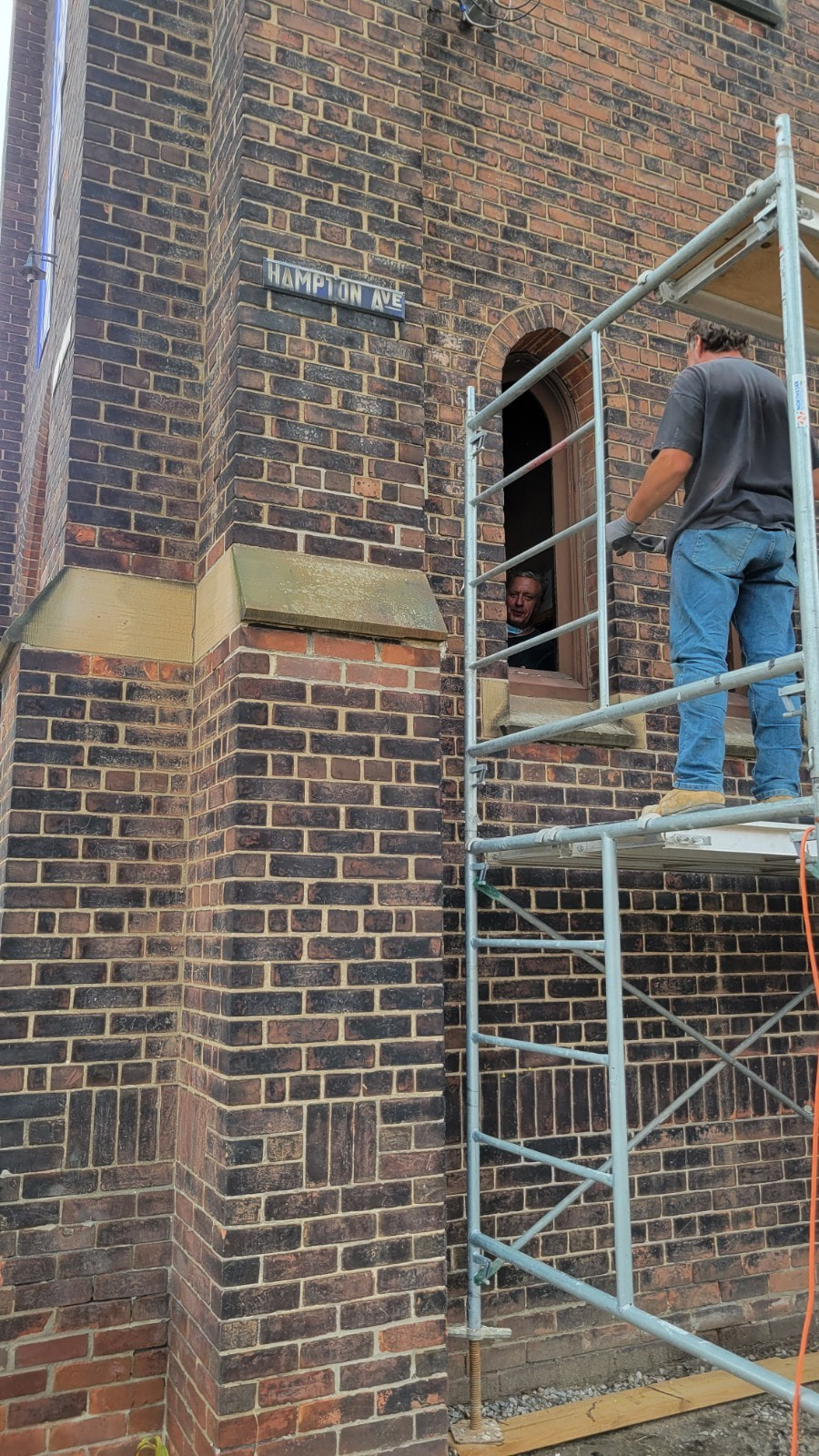 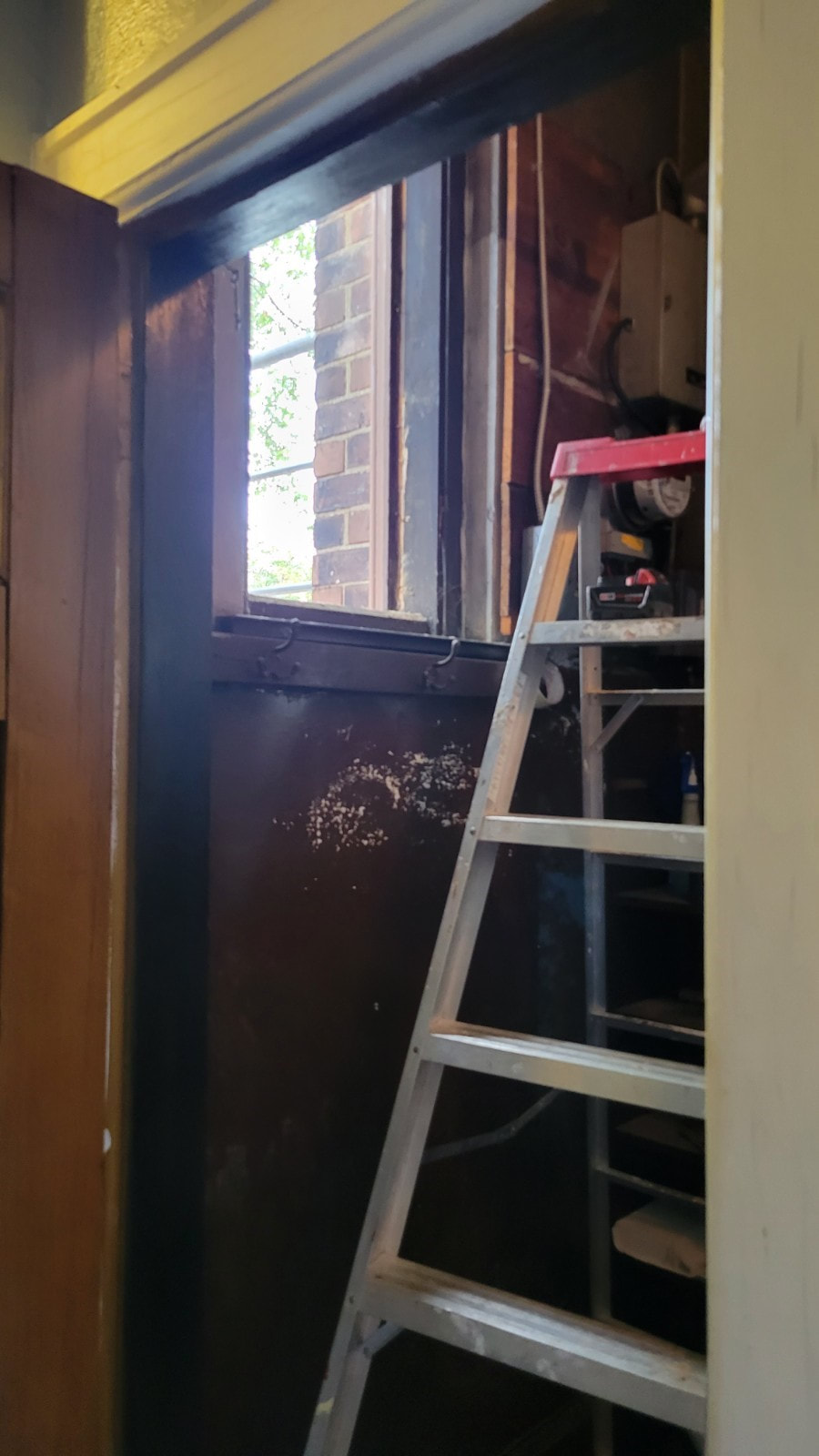 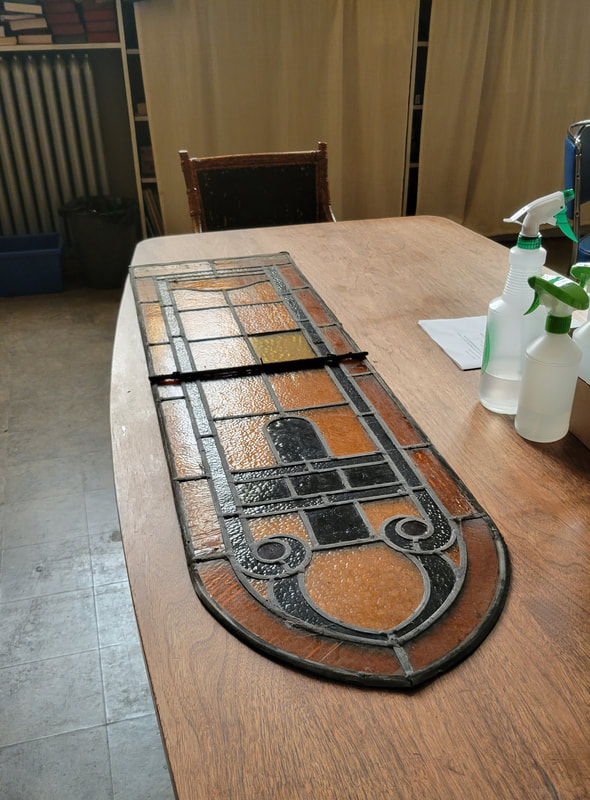 New entrance into the playground has been finished 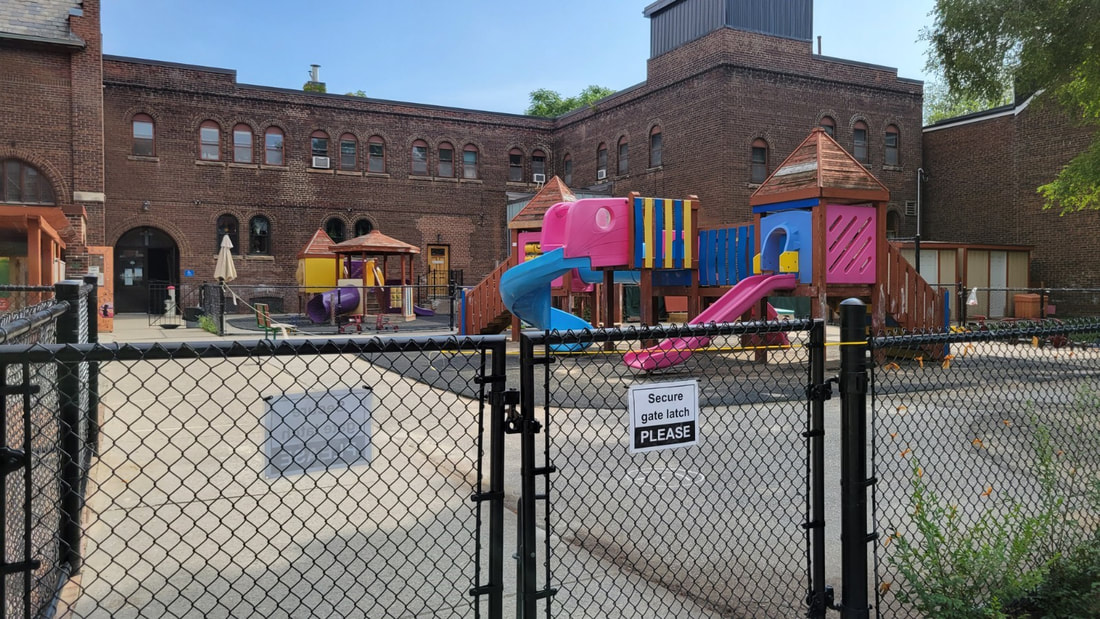 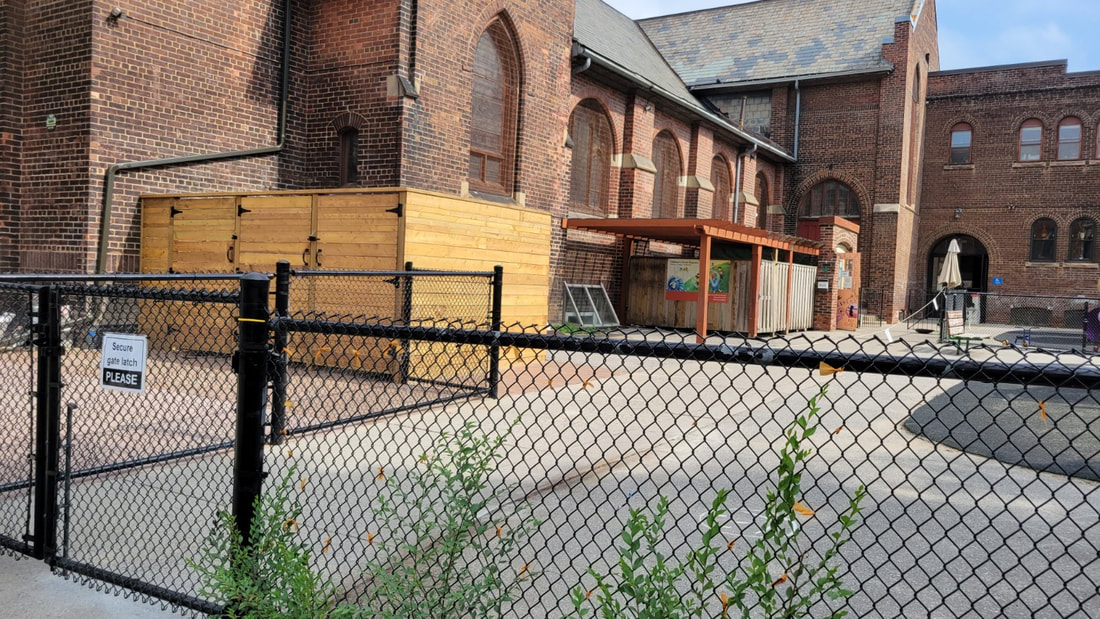 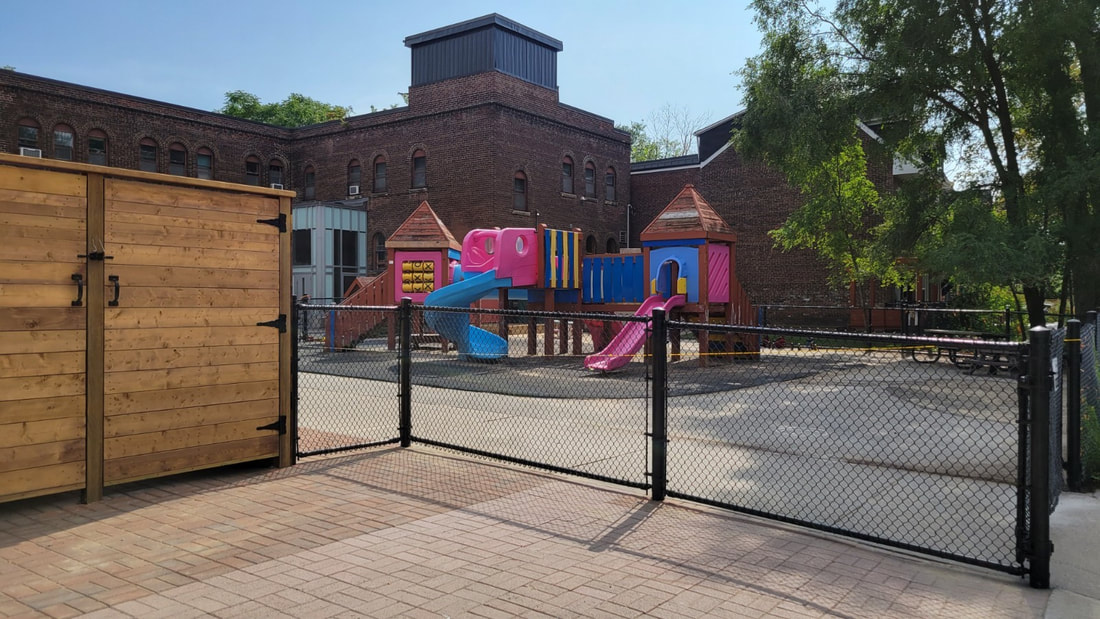 Oct is a time for a lot of changes at St Barnabas. The three stained glass windows have been removed and there is a large hole where the new door will be placed. The bricks had to be removed one at a time so that they could be preserved and reused as they don't make them any longer. Great work by all involved, and the wall is still standing! 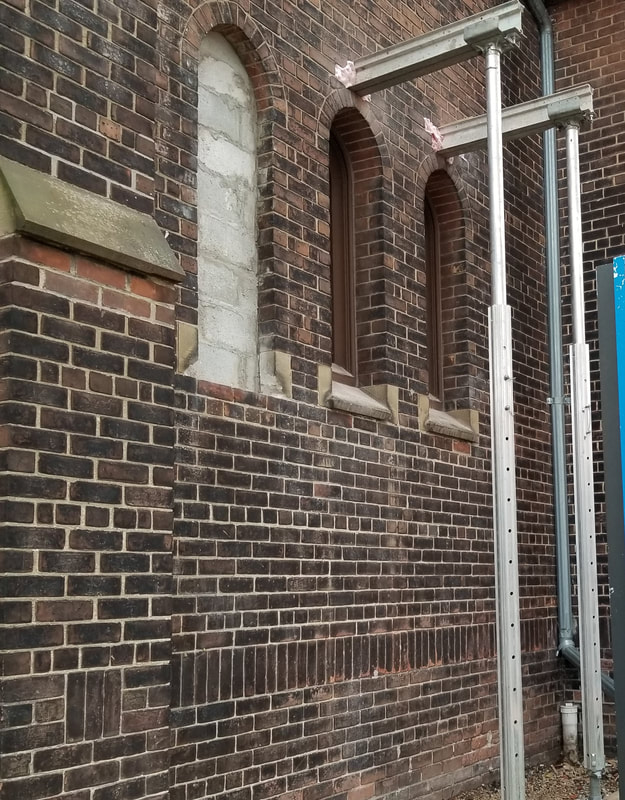 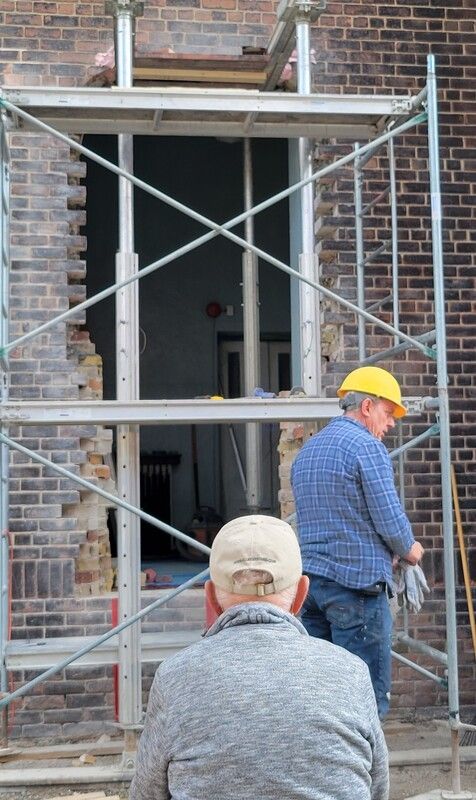 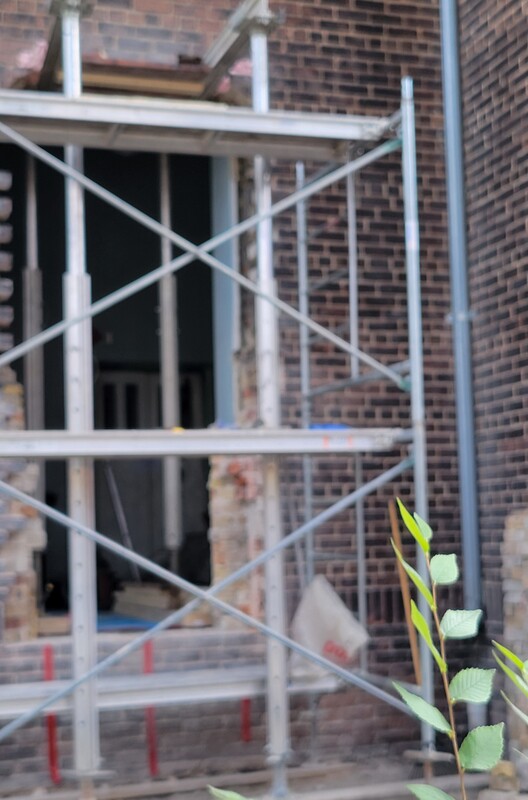 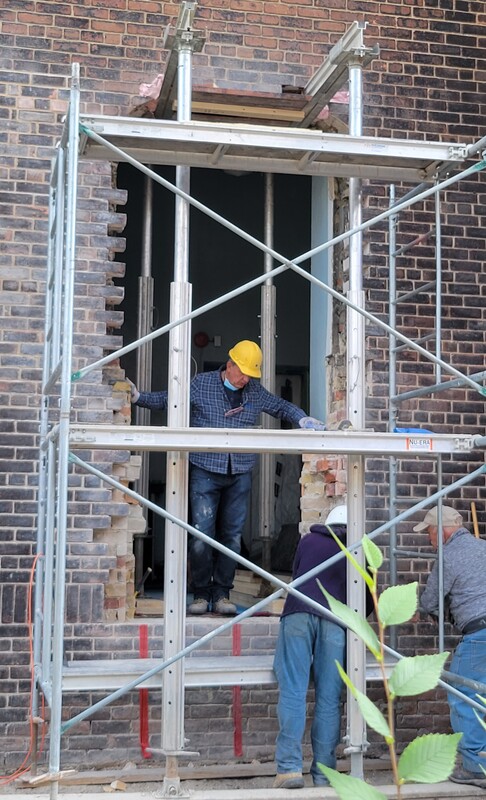